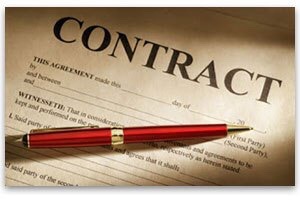 It’s time to end this dispute!

We need a vibrant transit service that will continue to attract people to use the system and rely on it as a viable method of transportation. However, ongoing labour disputes have affected everyone including our members who provide this service. ATU 615 has always stated that we will handle negotiations in a way that will have the smallest impact on the citizens of Saskatoon and union members. Over the past four years, we’ve done that to the best of our ability. However, given the city’s inflexible stance, we have no other alternative but to take job action by way of work-to-rule and a ban on overtime.

There is a solution: third party arbitration.

We believe our differences can be resolved by calling on a non-partisan panel to determine if the city has the legal right to make changes to our pension plan without our consent. Back in April, 2016, both the city and the union made arguments before an arbitration panel regarding the legality of pension changes imposed by the city. Since then, we’ve been waiting for a ruling from the panel and hope they will send down their decision soon.

Meanwhile…
We’ve presented to the city what we believe is a fair and equitable proposal that will bring closure to this dispute; one that we’re confident ATU 615 members are willing to accept.

Our proposal is simple:

1) If the ruling favours the city, ATU 615 will accept the arbitrator’s decision and sign the city’s offer.

2) If, however, the ruling favours the union, then we expect the city to sign the union’s agreement.

Then why don’t we have deal yet?

If the city can resolve this four year dispute by simply adhering to the legal decision of the arbitration panel, then why the deadlock? While there is no way of knowing with any certainty which way the panel will rule, it could very well be that the city doesn’t feel confident that the arbitration decision will be in their favour. Their recent push for us to sign their deal indicates an urgency on their part to get us to accept their offer before the ruling takes place. A ruling in favour of the union would be an embarrassment the city most likely wishes to avoid.

What you can do to help end this stalemate.

3) Call Mayor Charlie Clark or your city councillor and tell them that you are tired of this labour dispute. 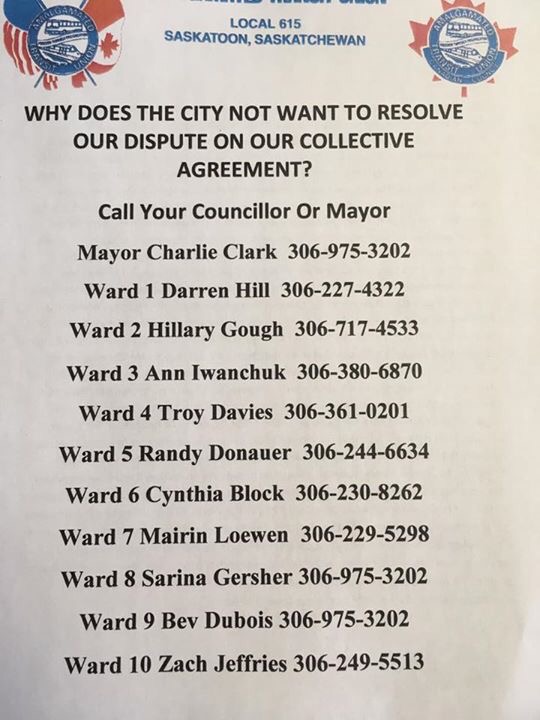 4) Ask them to separate the pension issue from rest of the contract. We suggested this to the city, but they rejected the idea and insist that we accept their offer as a package deal. Ask them to reconsider. Let’s table pension discussions for when a new round of contact negotiations begin in 2017.

5) Demand a change in the way the negotiations are handled in order to quickly bring this dispute to a an end. Mayor Clark made ‘change’ the thrust of his election campaign. Now that he’s been elected, it’s time to claim that change and hold him to his word.

With your support, we can resolve this issue once and for all. Please join us in our efforts for a fair and equitable agreement and help us restore fast, courteous and dependable bus service. Thank you for your time and patience. Your support is greatly appreciated. 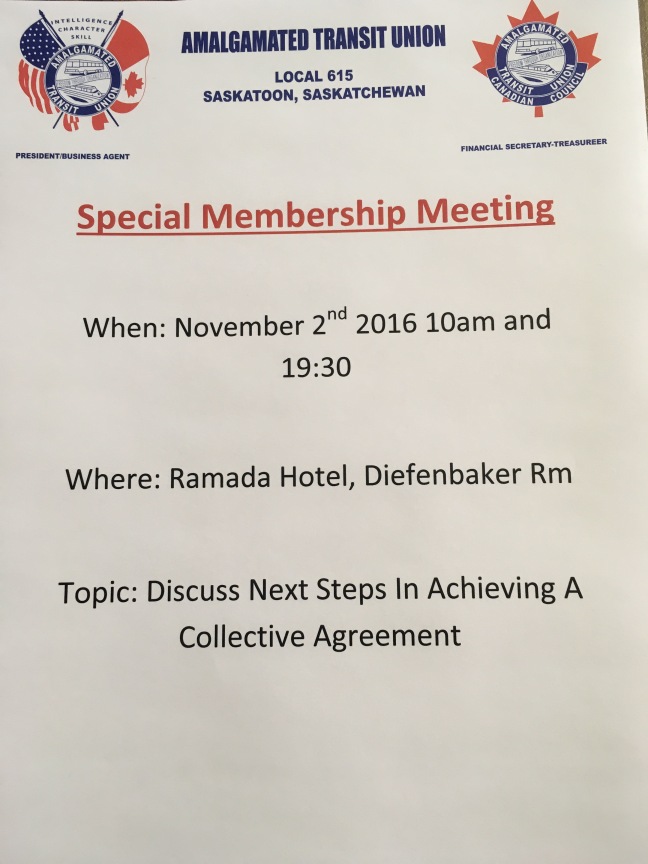 Special Membership Meeting
When: November 2nd 2016 10am and 19:30
Where: Ramada Hotel, Diefenbaker Rm
Topic: Discuss Next Steps In Achieving A Collective Agreement